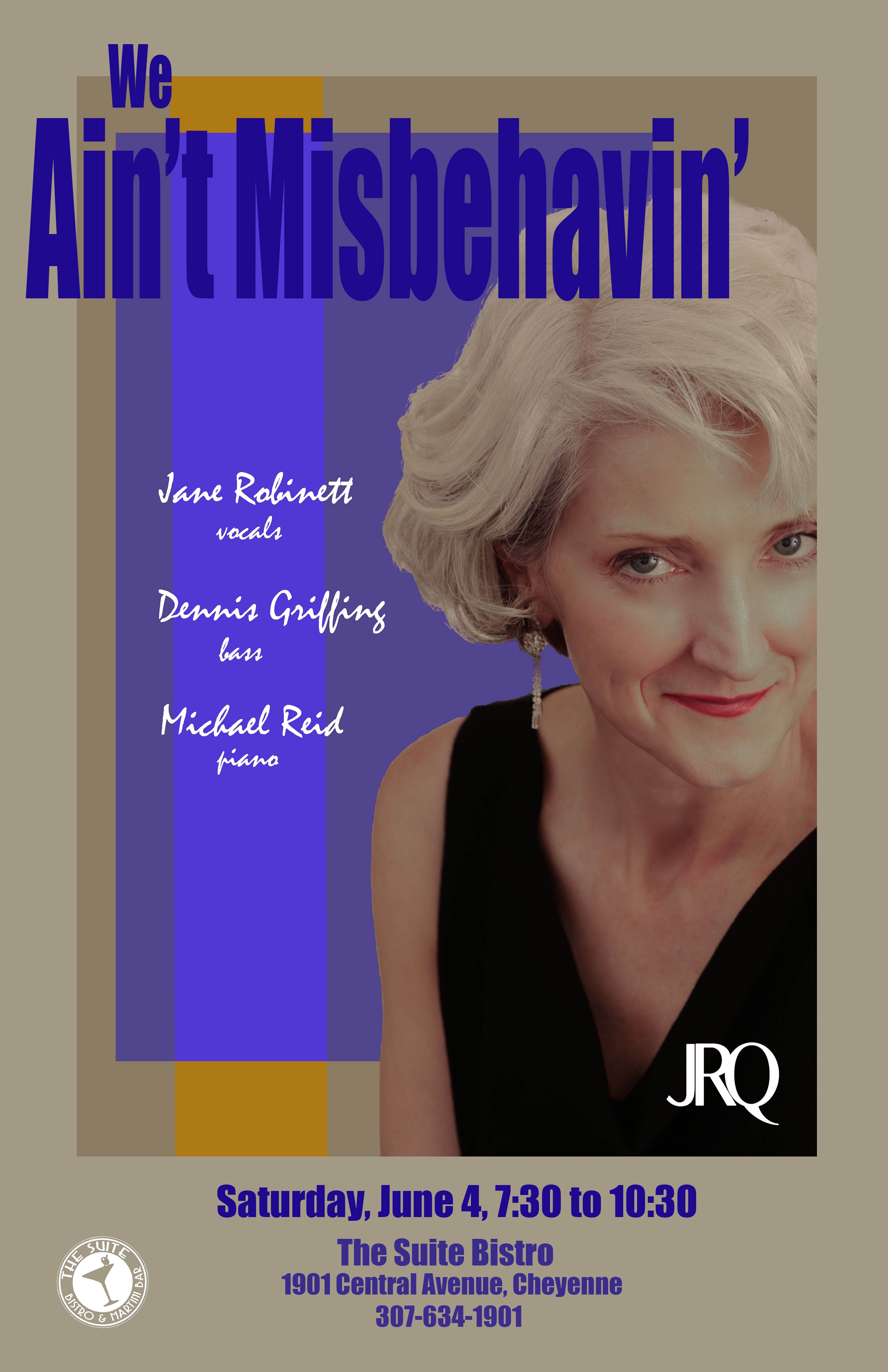 Thank you to the Wyoming Democratic Party for inviting us to play last night for the annual Nellie Tayloe Ross Gala at Little America. It was a kick! I especially appreciate Peter Queal, Shawn Mickelson, and Mike Brown–superb musicians. I love playing music with them! 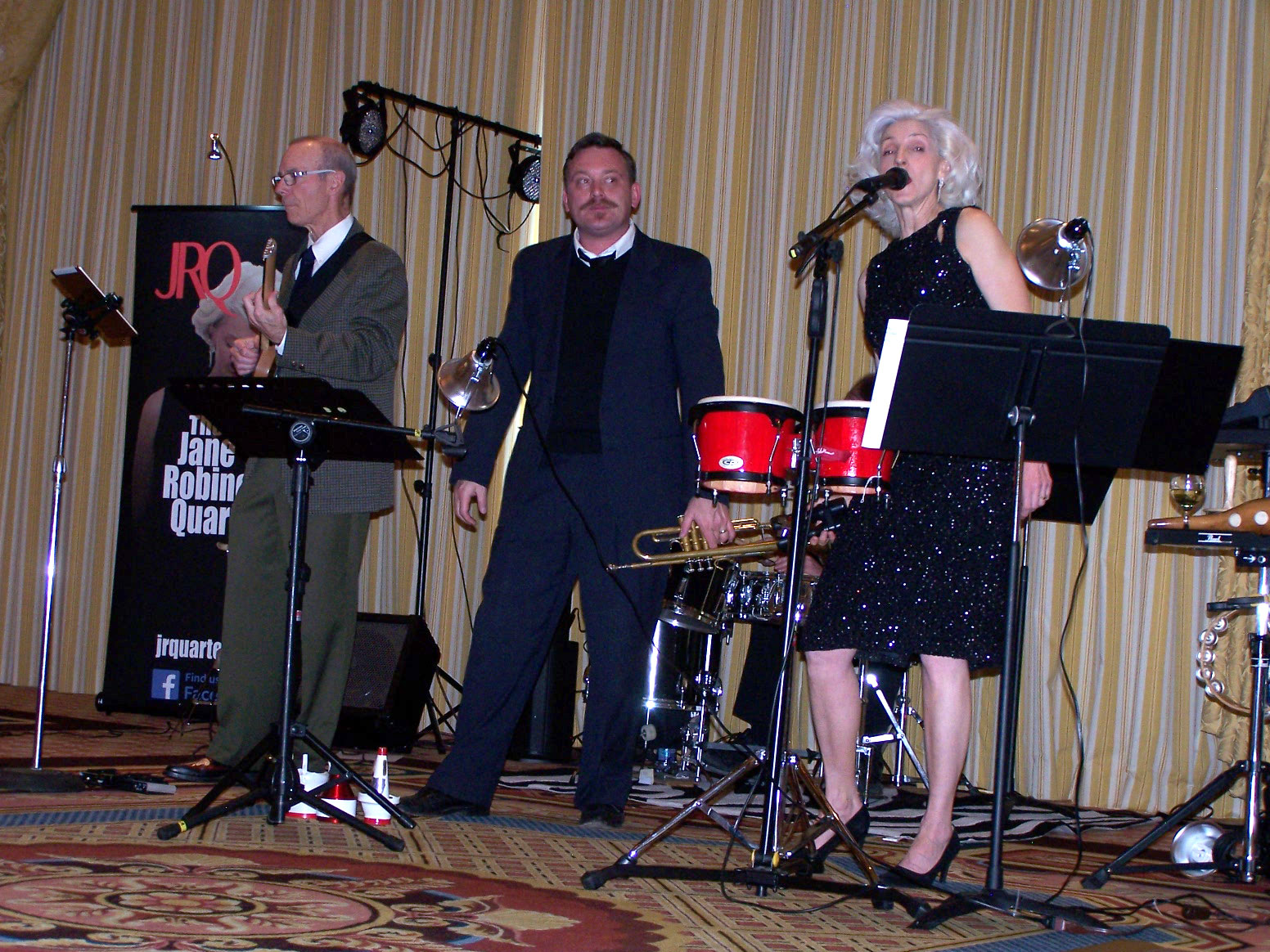 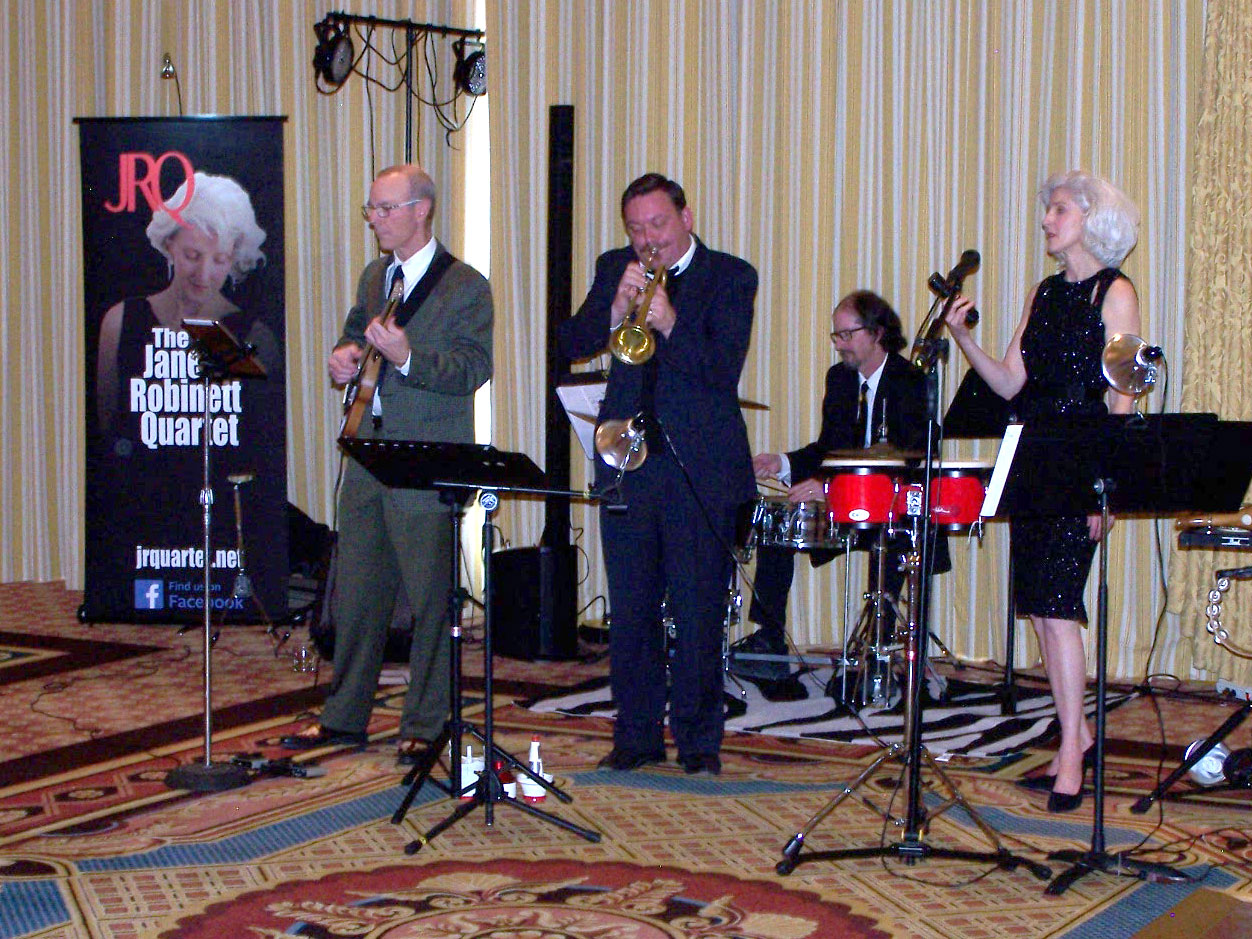 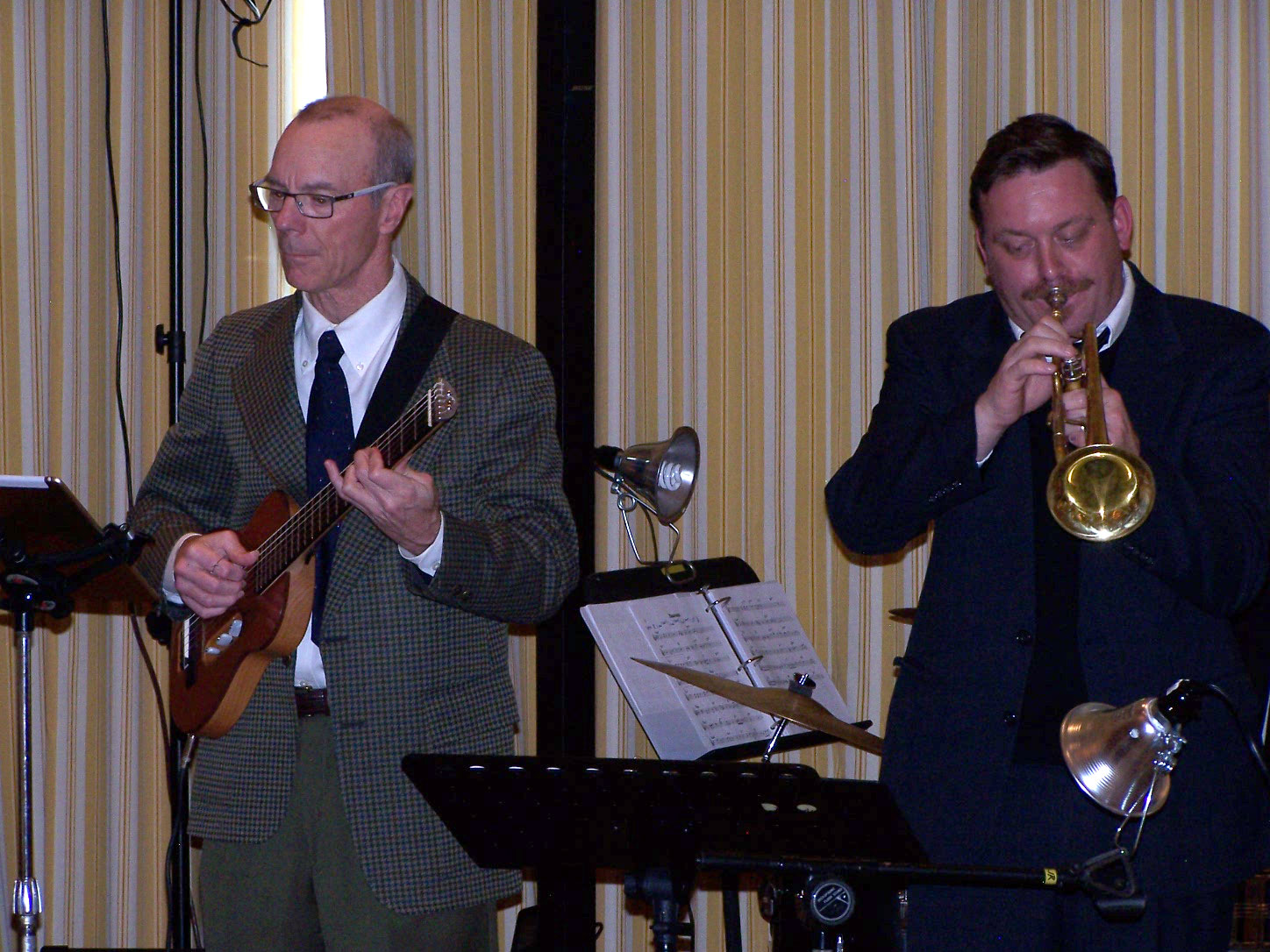 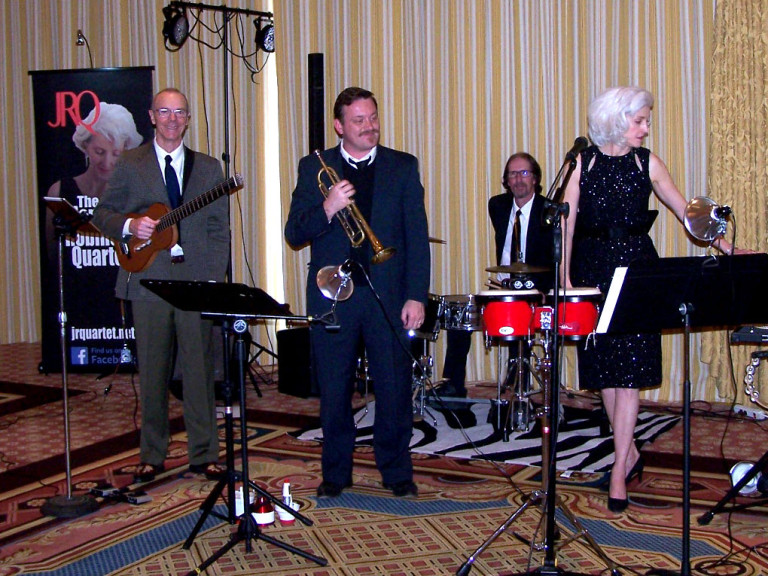 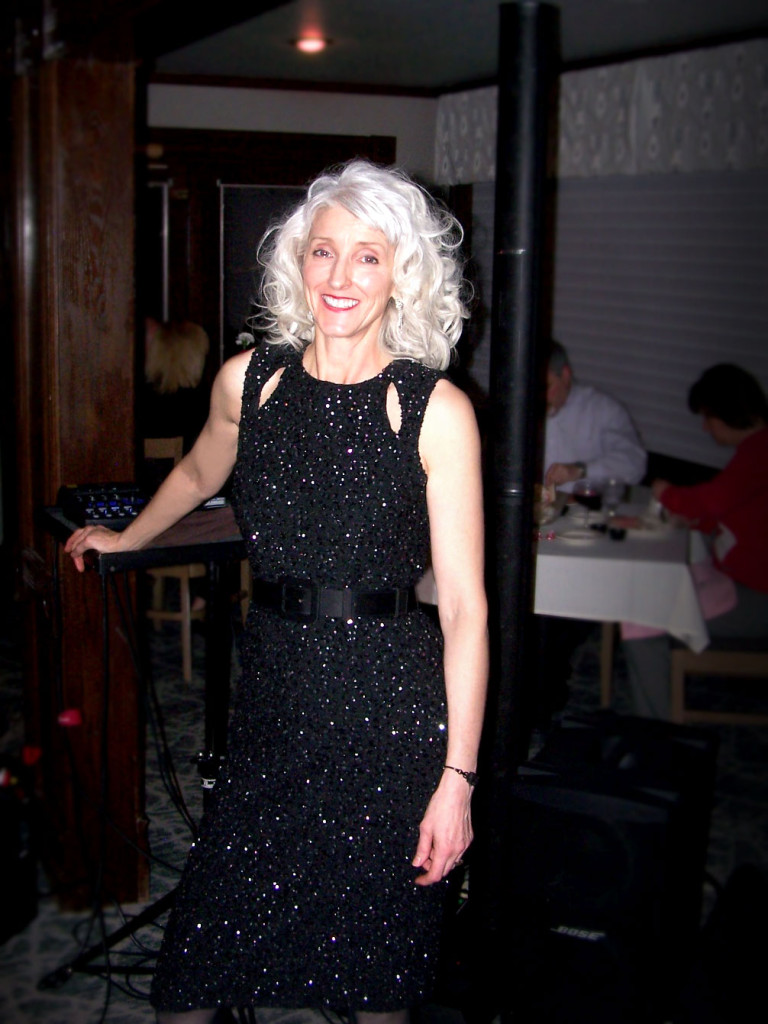 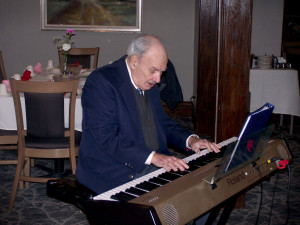 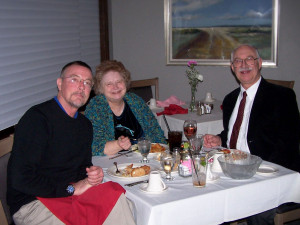 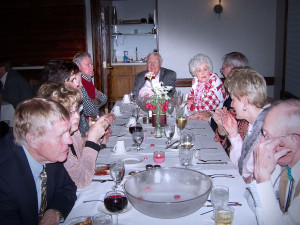 Thank you to all of our friends who came out to the Cheyenne Country Club last night to hear us play our favorites.  It was a lovely night and a great crowd. 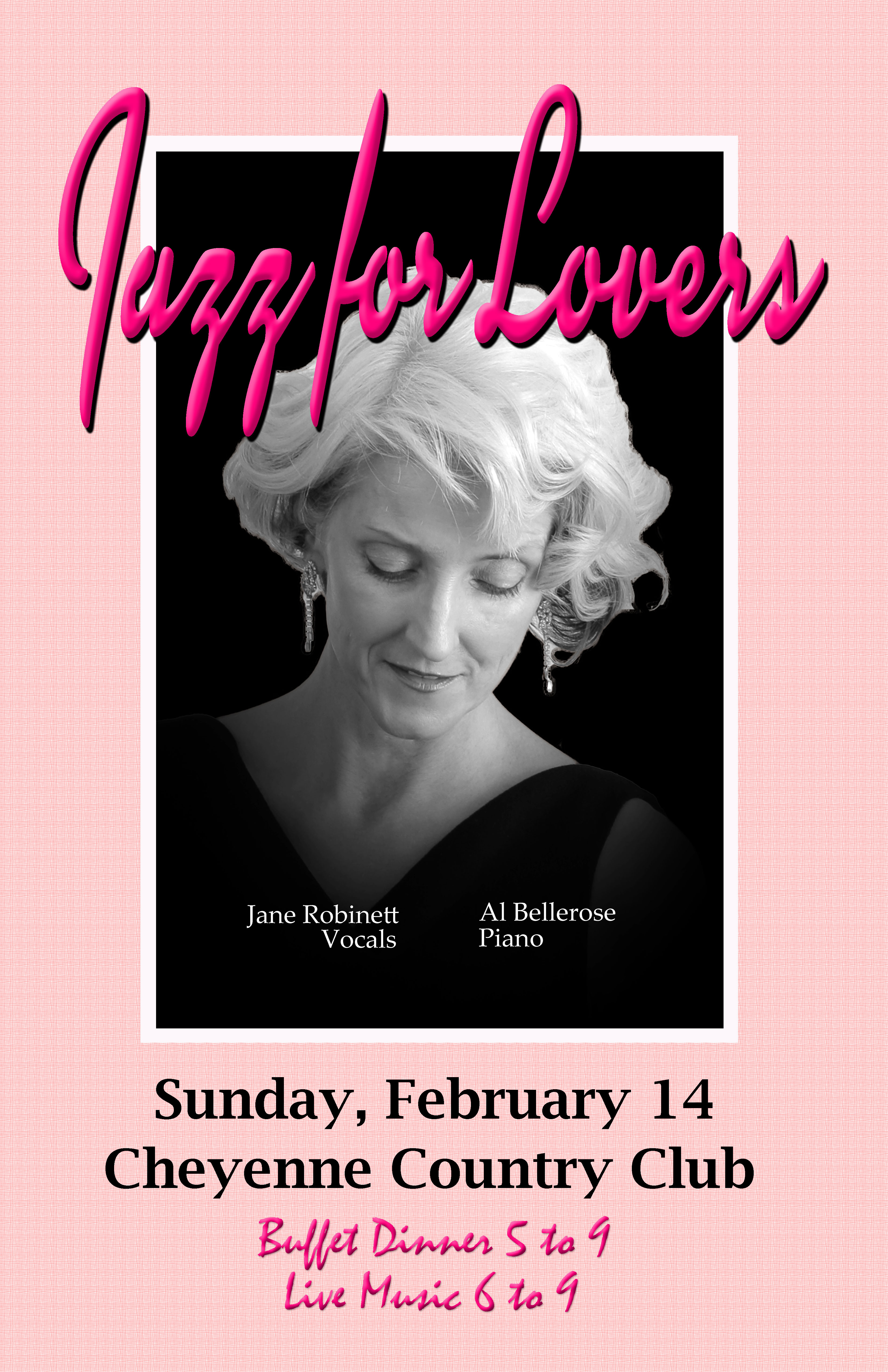 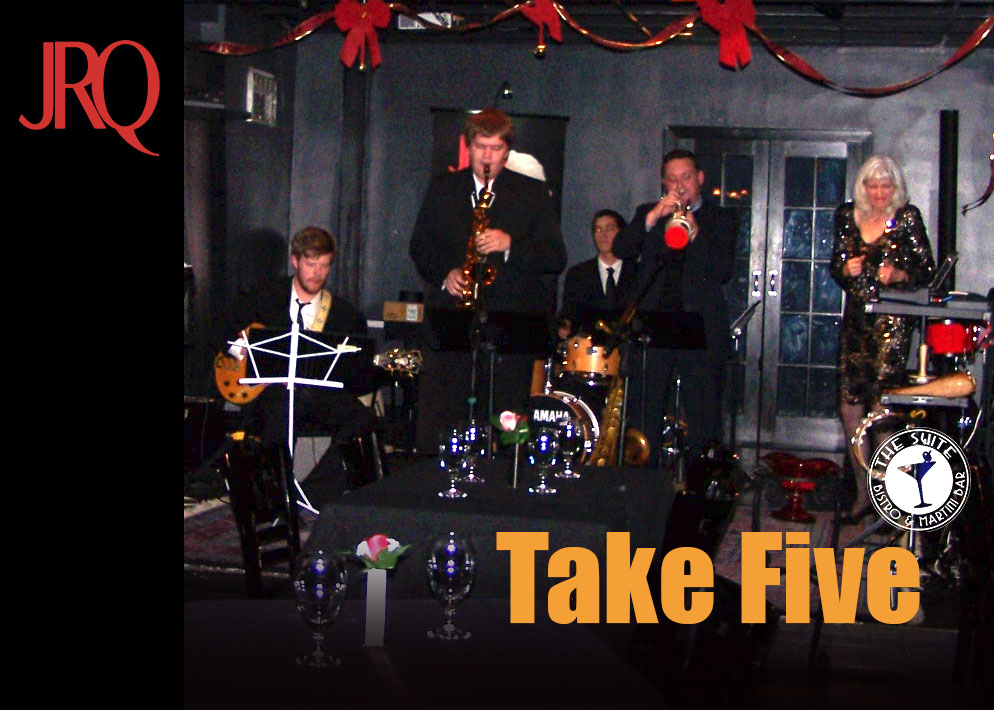 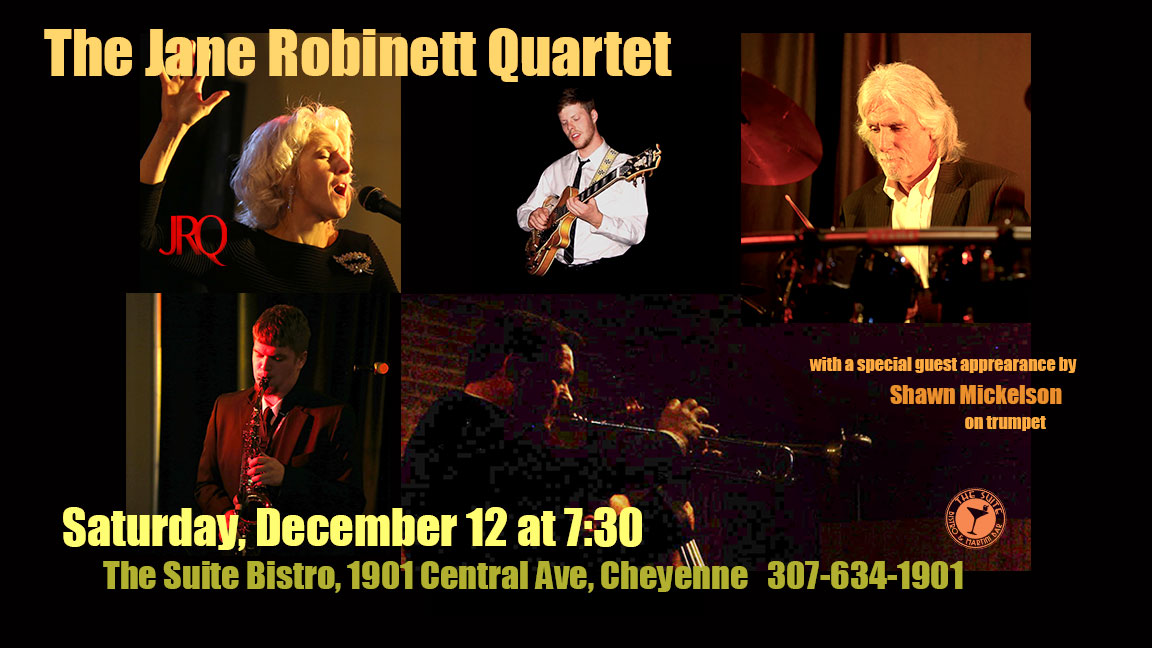 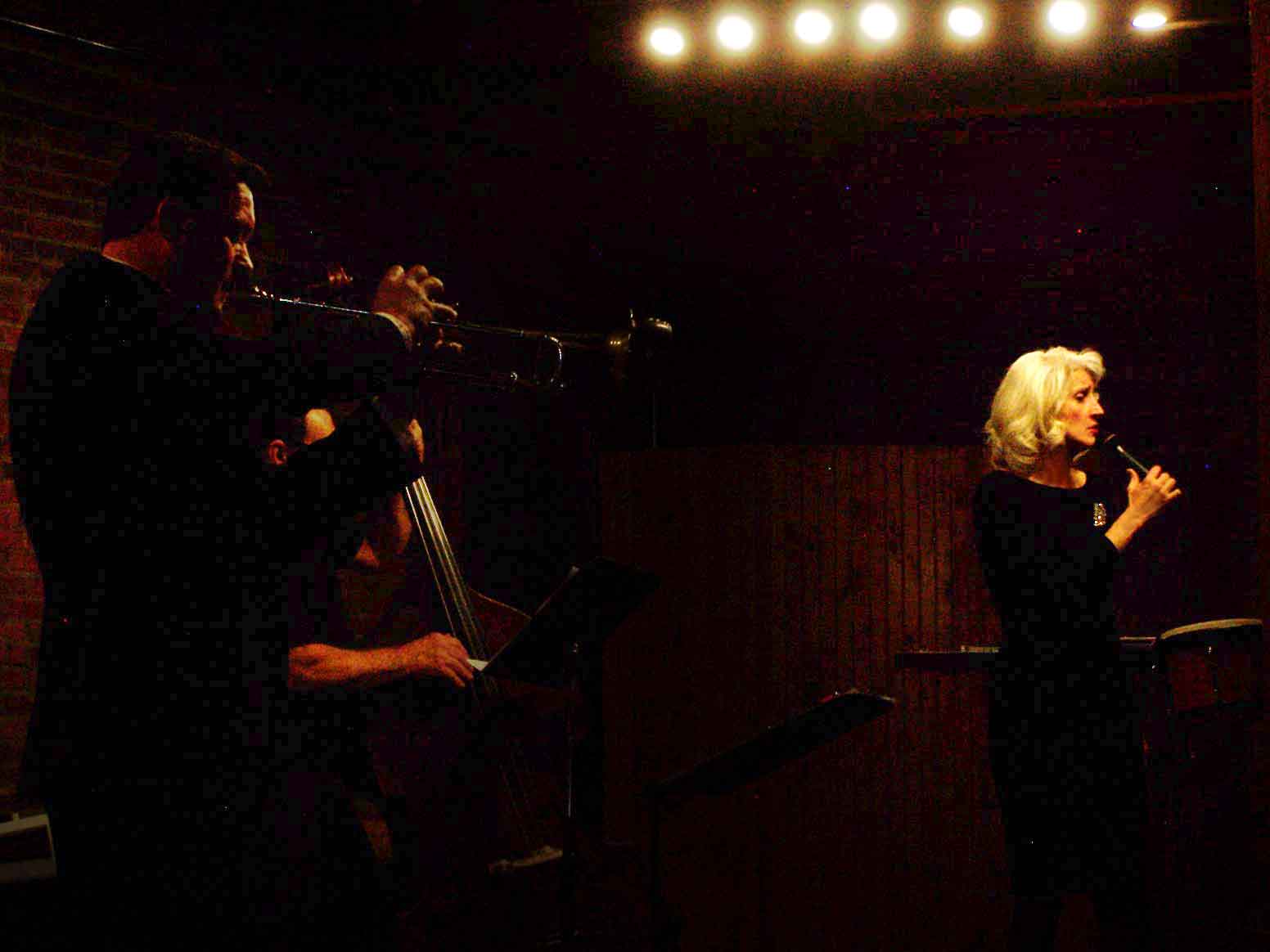 Thank you’s go out to the Asher Wyoming Arts and Events Center for having us play for the Jazzy Turkey Dinner last Friday with Roger James on keys and Chuck Thomas on bass.  It was a special treat to have Shawn Mickelson sitting in on trumpet.  What a master! 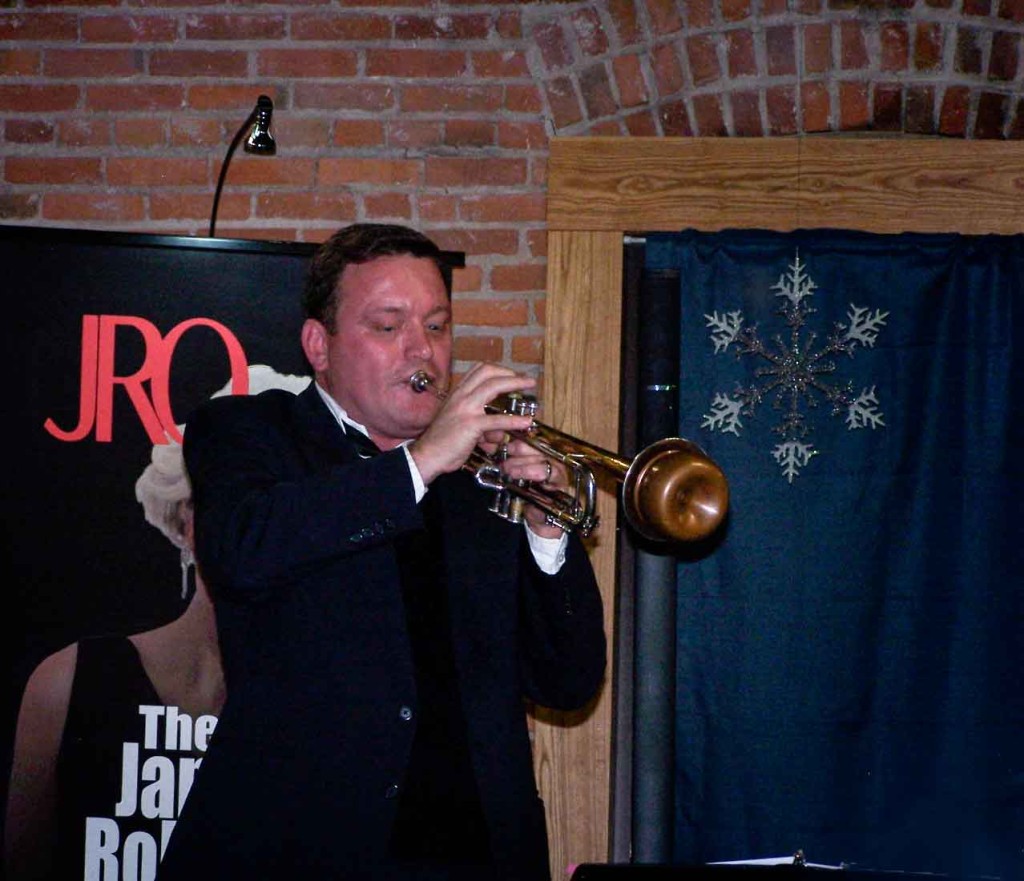 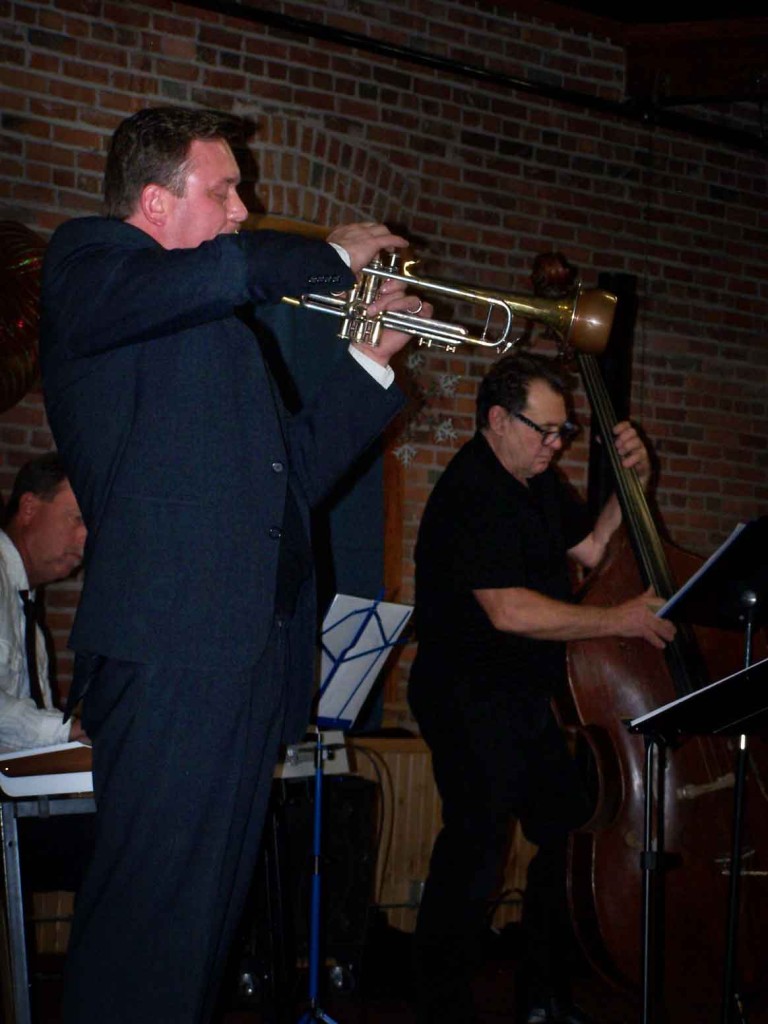 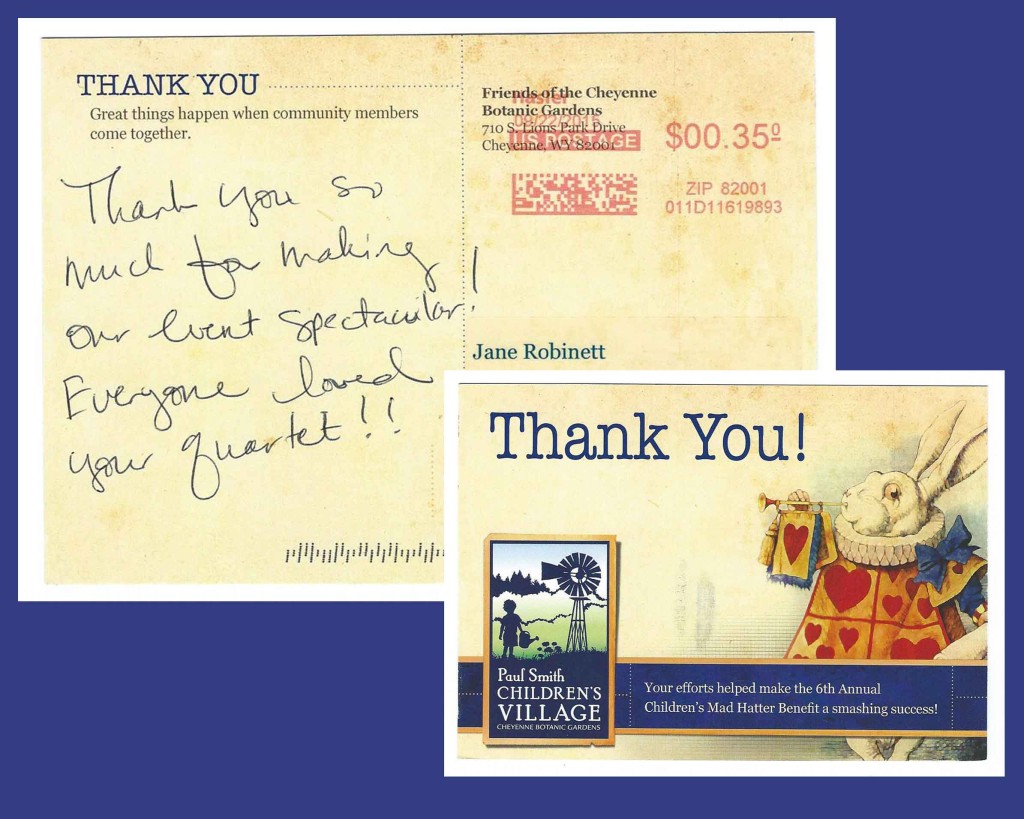 I received this lovely note from our friends at the Cheyenne Botanic Gardens.  We were honored to play for the Mad Hatter Mixer on September 11 and are so happy that everyone had such a wonderful time.  We thought the whole evening was spectacular, too. 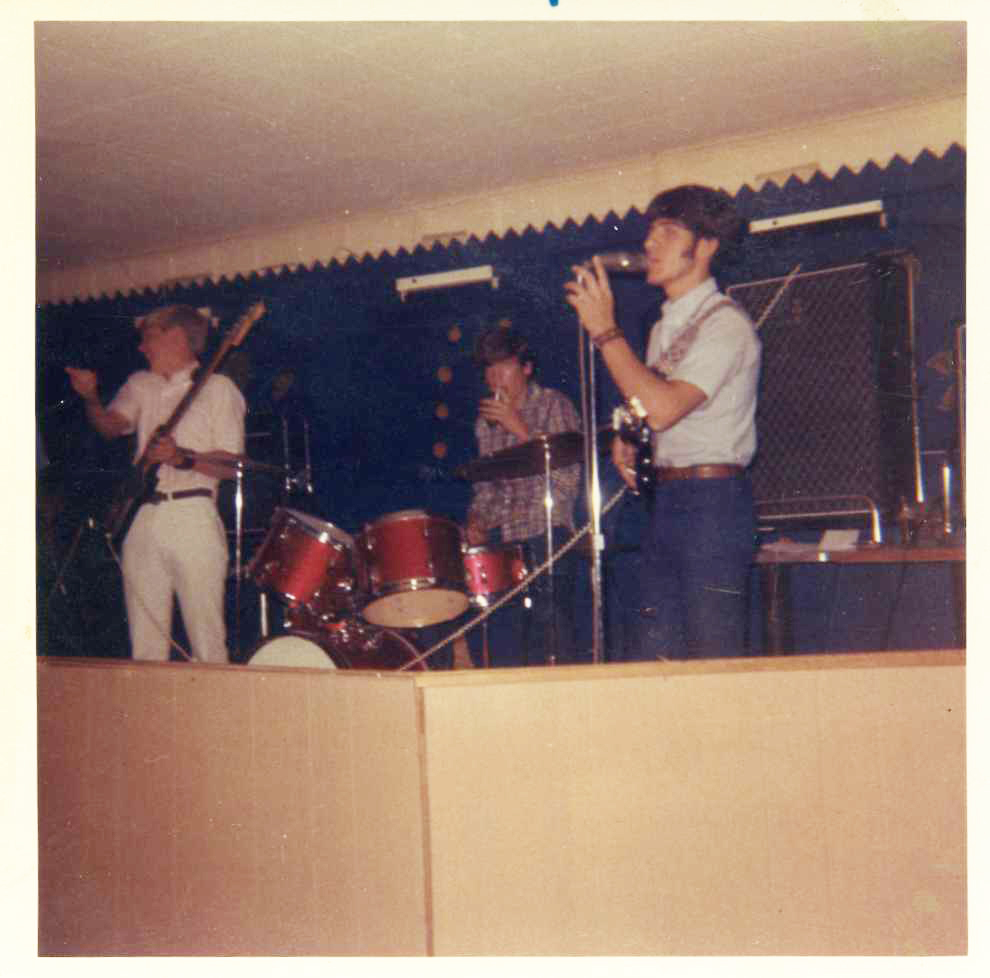 Pete found this old photo of his first paying gig, the Club Lido, a strip club in Garden City, Colorado.  Garden City began as a haven for establishments selling alcohol back in the days when Greeley was “dry.”  The club is gone, now.   It stood next door to where the Rancho Alegre restaurant is now, 26th and 8th Avenue in south Greeley.  In this picture, Pete is fifteen and playing his first drum kit—a set of Japanese Tempo drums.  “I thought I was on top of the world.”

On the left is Steve Grosskopf and on the right, Joe Hinojosa.  Paul Gomez was in the band as well playing guitar.  They called the band “WC Fields” and made $50 a night for the whole band–pretty exciting stuff for a fifteen-year-old.

"We absolutely loved your performance on Saturday! I don't know why it has taken us so long to see your Quartet perform. I have raved about the evening to several of my friends and will bring them along next time. Really, it was great music and such fun! Well done!" Fran

"It is all too rare that we have an opportunity to thoroughly enjoy ourselves at a Cheyenne social function that was as all around perfect as the garden party Friday night. The night, the site, the food, the purpose and the MUSIC were all of the highest quality. On occasions like that I am always very happy when I feel that our community is hitting the right note and that the activity we are engaged in couldn’t be outdone anywhere, not in Denver, San Francisco or Santa Fe." Pete L.

"Thank you for the great performance on Valentines' Day!" Cheyenne Country Club

"Thank you, Jane, you were wonderful! Hope to have JRQ back soon at the Atlas." Historic Atlas Theatre